This document explains how to connect to your SensorGnome, check its status via the Web Interface, download detection data, update the software, and modify configuration files.

A SensorGnome is an automated radio receiver, designed to detect and record radio signals transmitted by wildlife tracking tags, without the need for any person to be present.

For a more detailed description of the components of a SensorGnome, and how they fit together, please refer to the Appendix.

How to use this guide

Generally each time you work with a SensorGnome – either deployed in the field or as a test on your desktop – you will perform the same basic steps below.

There are many similarities between Raspberry Pi and BeagleBone based SensorGnomes – in terms of the hardware, the software that powers them, and the process of using them typically follows the same outline. But there are also some key differences, particularly as it relates to the method of connecting to them and transferring data.

The steps above are described in detail in this guide, with an effort to presenting the commonalities between the two receiver types. Where differences are found between RPi and BB SensorGnomes, they will be broken down into sub-sections. Additional tasks, which aren't necessarily performed on a regular basis, are provided in various appendices.

What kind of SensorGnome do I have?

The BeagleBone and Raspberry Pi computers may be housed in a variety of cases that may have different colours and labels on them. However they are easily differentiated by the ports that they have, as shown in the images below.

A BeagleBone (below) has one Ethernet port in the centre flanked by a Mini USB port on its left, and a circular “barrel jack” on its right.

There are two other receivers compatible with the Motus network: the SensorStation made by Cellular Tracking Technologies (CTT) and the SRX receivers made by Lotek. For guides on how to use these receivers, please refer visit CTT or Lotek, respectively.

If you have never used a SensorGnome before, give yourself plenty of time before going out into the field to familiarize yourself with the equipment and the instructions. And if at all possible, confirm that the computer you will be using can connect to a BeagleBone or Raspberry Pi SG before going into the field.

We also have a "What to bring" checklist to help ensure that you have all the cables and software required to use (and troubleshoot) a SensorGnome on hand before getting there.

Next
Connecting to your SensorGnome 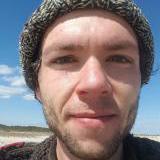 Last updated 2 weeks ago
Export as PDF
Contents
What is a SensorGnome?
How to use this guide
What kind of SensorGnome do I have?